The Flatter Organisational Structure Of The Future

We live in an in-between period where old orthodoxies are dying, new ones have yet to be born, and very few things seem to make sense. ( Ziauddin Sardar)

We may not realise it, but our default way of organising human beings to do work could be holding us back. In almost any given situation, whether at work or at the tennis club, the org chart looks like this:

Hierarchy is not necessary for discipline, for systematic ways of working, for inspiration or for leadership. The alternative to hierarchy is not chaos or anarchy. Only our powerful addiction to hierarchy, given to us by our genes and by our culture, leads us to believe this. (Gerard Fairtlough, The Three Ways of Getting Things Done, 2005)

The three examples below are primarily from the world of technology: these are fast-moving organisations who can’t let layers of middle-management get in the way of getting a product or service to market. What I hope this overview of flatter hierarchies inspires you to do is to think carefully about your next re-organisation. Instead of shuffling the deckchairs, could you instead introduce one of these approaches?

Imagine life without a chart showing the way your organisation is organised. Now imagine that in practice there was no hierarchy. What would that look like? How would that feel?

Valve software, best-known for its Half-Life series of games and as being the organisation behind the hugely-successful Steam store, a digital distribution platform. They are also famous for having absolutely no organisational hierarchy. Valve’s Handbook for New Employees states:

Deciding what to work on can be the hardest part of your job at Valve. This is because, as you’ve found out by now, you were not hired to fill a specific job description. You were hired to constantly be looking around for the most valuable work you could be doing. At the end of a project, you may end up well outside what you thought was your core area of expertise. There’s no rule book for choosing a project or task at Valve. But it’s useful to answer questions like these:

Of course, the lack of hierarchy can be frustrating. The founder of Valve, Gabe Newell, is quoted as saying that even he can’t get some projects off the ground - and one former employee described the atmosphere being a lot like high school. Nevertheless, Valve is incredibly profitable, and to do so without the traditional org chart means there must be something in organising work differently?

At Mozilla, where I used to work, instead of ‘getting all your ducks in a row’ as a manager, the aim was to have self-organising ducks. Laura Thomson, who at the time of this presentation was Firefox release manager, outlines chaordic systems, minimum viable bureaucracy, and preserving autonomy. It’s a series of posts in its own right - which, you’ll be pleased to know, I’ve already written.

Bearing in mind the commentary on Valve’s ‘flat’ hierarchy above, Laura’s comments about ‘structureless organisations’ are interesting. She points out that if you work at a place that doesn’t have ‘managers’ there will, nevertheless, be people who make decisions. In other words, there are still people who lead – even if there’s a lot of them because you’ve got very small teams. You can call these people whatever you want, but at the end of the day there are people who organise stuff.

As a result, at Mozilla - one of the most ‘open’ organisations in the world - the idea is to add some intentional structure to avoid The Tyranny of Structurelessness that affected feminist groups in the 1960s. As a result, employees (or ‘paid contributors to the project’ as they’re often known - Mozilla has many volunteers) have a lot of autonomy, but this is constrained by community guidelines and operational practices.

Being a leader within a ‘flatter’ organisation often means burying your own ego, showing some servant leadership and demonstrating high degrees of empathy. It’s your job to document everything (especially decisions!) and ensure everyone in your team has whatever ‘blockers’ are in the way of their productivity removed as quickly as possible.

In Arthur Koestler’s 1967 book The Ghost in the Machine, the author coins the term ‘holarchy’. This is defined as the connection between ‘holons’, units that are simultaneously both a whole and a part. An analogy might be the relationship between sub-atomic particles, or fractals. More recently, Brian Robertson wrote Holacracy: The New Management System for a Rapidly Changing World that details his experiments using a slightly-renamed version of the concept with his software company.

To aid adoption of what he calls ‘Holacracy’, Robertson formed a new company and also came up with a constitution. The latter is based on several essential elements to make any organisational stucture into a true holacratic system:

Represented simply, a holacratic system looks like a series of overlapping circles:

Traditionally-organised companies have a strict hierarchy, with individuals hired for a particular role. In holacratic organisations, the role fulfilled by a person at any given time is distinguished from the individual themselves. This is not only because one person can fulfil several different roles concurrently, but because holacratic organisations prefer to hire people who fit with their values and mission rather than a particular job description.

The roles performed by individuals within a holacratic system exist within one or more of the ‘circles’ that make up the organisational structure. These circles are self-organising and governing, have a clear purpose, and are held to account by whatever circle is more ‘broader’ than it. Using a governance process known as ‘integrative decision-making’, each circle resolves its own tensions, clarifies procedures, and, ultimately, makes its own decisions.

Operationally, life within a holacratic company should be almost 180-degrees different to working for a company with a traditional management hierarchy. This is due to the amount of individual autonomy granted to each worker, meaning that permission to act and innovate is assumed, rather than having to be asked for. So long as the individual is taking action to perform the work of one of the roles she is assigned, such innovation and freedom is encouraged.

Any organisation can use the holacracy system, as the constitution itself is released under an open Creative Commons license. However, the use of ‘Holacracy’ as a brand name is protected, in a similar way to how many open-source companies such as Mozilla, Wikipedia, and Red Hat operate.

These three examples of flatter-than-usual hierarchies all have their pros and cons. The chances are that the older and more established your organisation, and the further it currently is from having a ‘technological core’, the more difficult it will be to transition to one of these structures.

You can be sure, however, that your competitors - particularly your younger, leaner rivals, will already be looking at these approaches, if they haven’t already adopted one of them. The levels of efficiency and worker autonomy on offer will not only cut into your market share, but could encourage your current employees to leave for a place where the grass is greener!

The future of work is more social, more empowered, and less bureaucratic than what has gone before. Review the way you organise the humans within your organisation, before it’s too late. 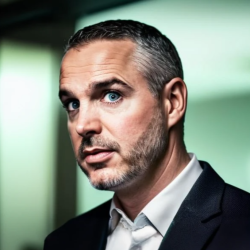