Data, Not Oil, Will Become The Hottest New Commodity!

Who would've thought it? Data is set to become THE hottest new commodity in the future - even on par with oil.

Last year, Intel chief executive Brian Krzanich made the controversial statement that 'data is the new oil' and over the years data has been gaining strength.

For a long time oil has been one of world’s most important and lucrative resources - the lifeblood of industrialised nations. Oil is used in the automobile and shipping industries to transport goods and people. By the end of the 21st century the dominance of oil as a source could very well be surpassed.

In the oil sector there are large global players such as BP, ExxonMobil, Total and many more. These super majors control a vast amount of global oil and gas. OPEC controls around 88% of the global oil and gas reserves along with state-owned oil companies located in the Middle East.

In contrast to the commodity oil - data is invisible. It is virtual information stored within the cloud. When it comes to data storage, we have huge internet players such as Google, Amazon, Intel, Apple, Facebook and Microsoft.

What is behind the rapid growth of data?

As data grows, it is becoming its own currency. For example lets take social media, the use of Facebook, Twitter and Instagram - you, the end user are giving away personal information (data) - valuable information as part of the course. There’s no doubt data is a powerful commodity in business.

Over the years companies have been able to discreetly extract data from us and as a result, have rapidly become a prominent part of our lives. Because these companies provide us with a service, it is second nature to us to share personal data [information].

From ordering food, connecting with our friends, booking trips, synchronising our watches, printers, logging our movements, most of our devices are connected and we're becoming more and more dependant on the internet. The act of sharing personal (and sensitive) information - our data - has become a mindless act.

Another question to ask is who regulates data? Do we have the equivalent of OPEC? As everything (and I mean everything) is being connected to the internet. Who do we trust?

The cloud is a service where data is maintained. Data stored in the cloud is now a standalone technology. There are a number of key players as tech firms find their places in a fast-moving, revolutionary and exciting sector.

Global Asset Management (GAM) investment director Mark Hawtin writes in a recent blog post stating that “fog computing" is the missing link between the cloud and the artificial intelligence explosion.

The fog will be the extension of the cloud. Below is a passage from GAM explaining the fog stage:

"Technology rarely stands still and the fourth generation is already upon us: get ready for Fog computing. The industry has a natural tendency to swing between centralisation to decentralisation. In the first era, computing was done on large mainframes, which provided a centralised platform driven by the high upfront costs of the system. This was followed by a democratisation and decentralisation of that technology in the client-server generation (era two). The Cloud marked the return to centralisation (era three), ushered in by huge scale efficiencies at Amazon and Google. Now, processing power and select data is being added to the edge of the Cloud network to provide instantaneous computing. This is era four, the Fog."

The GAM manager also believes the cloud is standalone technology - the infrastructure is here and will stay.

Now let me blow your minds...

What if cloud computing is to become a brain-computer interface? How soon before we will be connecting the brain directly to the cloud with neural lace AI technology?

Tesla co-founder Elon Musk, the engineer, inventor, explorer - believes one day this is possible. We are not far off from this new reality.

As humans, we dislike anything which we cannot explain, regulate or control. But the bottom line here is that as technology advances at a rapid pace - go with it but remember that protecting data [valuable information] has never been so important.

Countdown to GDPR: One Year to Go Until Deadline D-Day 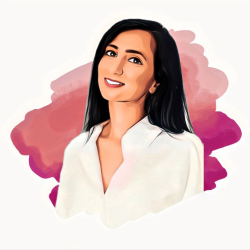